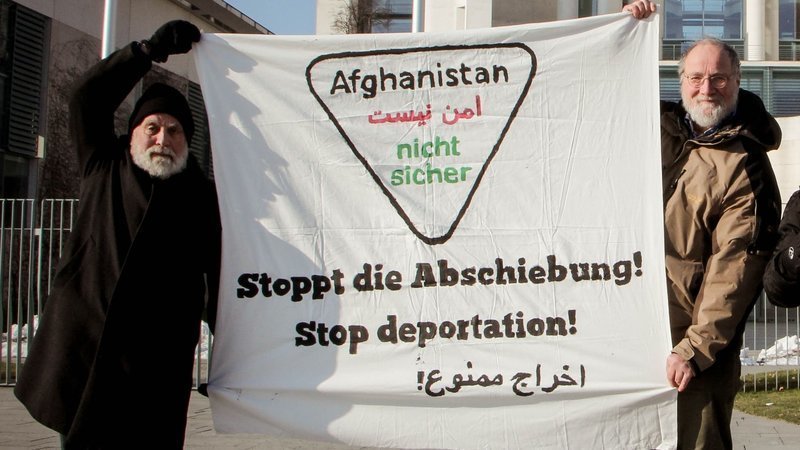 After the international passenger traffic is slowly being resumed, deportations from Germany are also taking place again. Even to countries at war, such as Afghanistan , where the medical care has long been characterised by severe shortages, uncontrollably poor quality and economic exclusion.
We demand #equalhealth4all & #stopdeportation! Sign the petition here.

The civil war, which has been escalating for years, is worsening the situation at a dramatic pace. It is not only rapidly increasing demand, but also destroying supply and immensely restricting access. A recently published study on deported Afghans (Asylmagazin 8-9/2019, pp. 276-286) came to alarming results: 90 percent of those examined who stayed in the country for more than two months were subjected to massive violence (torture, maltreatment, beatings, psychological threats, attacks), mostly as punishment for fleeing to the enemy. Half of the people examined fled the country again.

A nationwide initiative of doctors from the IPPNW working group on flight and asylum is campaigning against deportations to Afghanistan. According to the current status 116,262 signatures have already been collected, but it seems that more are needed.