From 23rd to 25th October 2020 the hearing of the Permanent Peoples’ Tribunal on the right to health of migrant and refugee peoples will take place in Berlin.

All information and updates about the event can be found here. 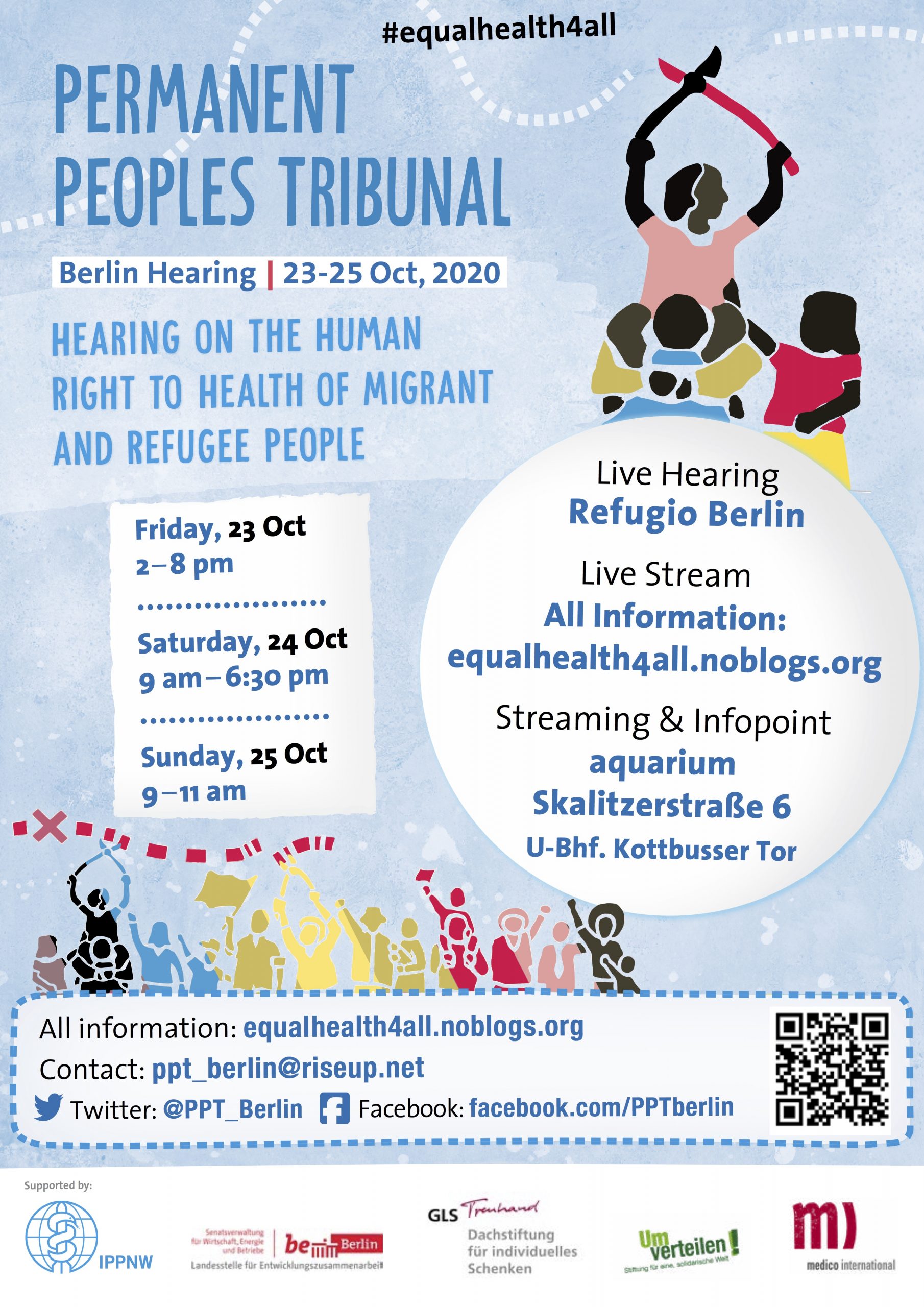 “The Right to Health” – Podcast on the PPT in Berlin

We are launching our podcast “The Right to Health” – a podcast about civil engagement, activism and justice – for the Berlin hearing of the Permanent Peoples’ Tribunal (PPT). Learn more about the history of the Human Rights Tribunal and the subjects of the hearing. 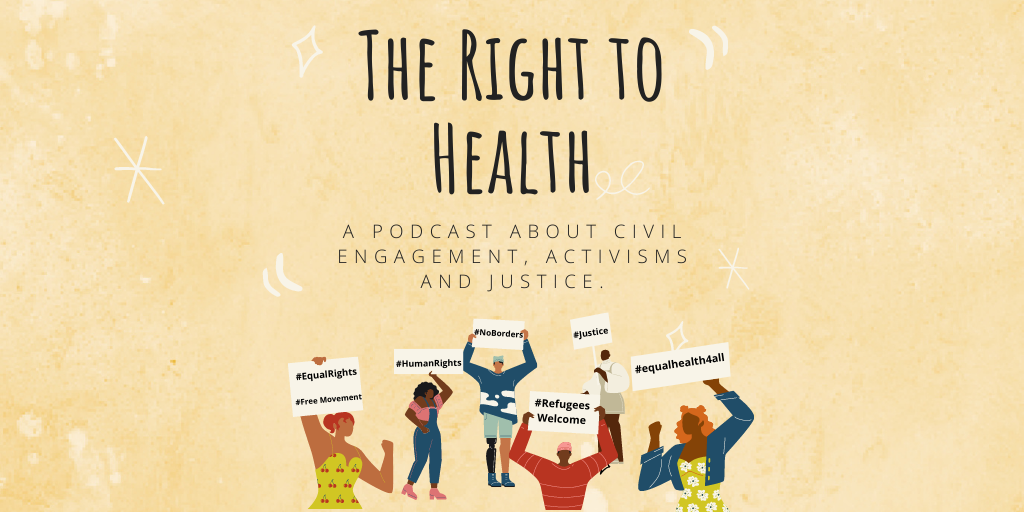 Listen to our Podcast on Spotify: https://open.spotify.com/show/0xxu5dEIIjr0IUc9qCLIPb…

Health is a Human Right! – Video on the PPT in Berlin

Do you wanna find out about an alternative way to bring structural injustices, racism and discrimination to light? Then this short video, about the Permanent Peoples’ Tribunal (PPT), is for you.

From the 23rd to the 25th of October the Berlin Hearing of the Migrant Permanent Peoples’ Tribunal will take place. Organised by us; activists, health, human rights and migrant organisations, we focus on the Human Right to Health of migrant and refugee people and strongly denounce the violations they experience in the context of the European asylum policies and in Germany. Our demand: #equalhealth4all!

Information on the PPT Hearing

The official hearing takes place in Refugio Berlin.
Due to corona, hygiene and social distancing regulations only allow a very limited number of participants. Therefore, we cannot guarantee a place for you to take part in person in Refugio. If you would like to take part in the Berlin Hearing, you can register by sending a mail to this address: ppt_berlin[at]riseup.net  Please tell us your preferred time slot and let us know why you are interested in taking part in the Tribunal. Are you with an organisation affiliated with the PPT?

The Tribunal on air:
For those who cannot attend the hearing in Berlin, the whole event will be live streamed. Live stream original version on Youtube: https://youtu.be/d8_uH5HNBoA (mainly in English)   Live stream in English, French or Spanish translation – please register: ppt_berlin[at]riseup.net

END_OF_DOCUMENT_TOKEN_TO_BE_REPLACED

Distanced but United – Flight and Covid19

With the support of Handicap International, within a participatory production process, was created this film by and about refugees with restrictions, in which they talked about how Covid_19 has influenced their lifes.
The project is part of the “ReflACTION“-Initiative.

“Crossroads | Escape. Migration. Disability. is a model project of Handicap International. The project is divided into the working areas of “capacity building”, “empowerment” and “advocacy”. END_OF_DOCUMENT_TOKEN_TO_BE_REPLACED

MORiA Burns – Is this a Final Wake-Up Call?

MORIA burns, again. This documented horror in the heart of Europe, has been denounced from its beginning (2015) by dozens of reports  from human rights, humanitarian and other non-governmental organisations. Almost 20,000 (at peak last February) and at the time of the fire, 13,000 human beings were parked in a prison of mud, rubbish and violence, behind barbed wire. MORIA is a planned limbo, where refugees are being denied their right to asylum, freedom and dignity, unable to perform even the most basic daily activities, such as sleeping, eating or communicating. It was a place where health care and education were denied to 4,000 children – left without dreams; adolescents whom the abnormal rates of suicide attempts should have been an alert of the level of despair in the camp (MSF); women terrorized by daily rapes, lack of hygiene and rampant violence. Hundreds of testimonies revealing the levels of unbearable “non-life” in MORIA, were kept unheard for years. END_OF_DOCUMENT_TOKEN_TO_BE_REPLACED

END_OF_DOCUMENT_TOKEN_TO_BE_REPLACED

Systemic crimes against the fundamental rights of migrants.
A call to stop the massacre of migrants.

Following the conclusion of its long term investigation and judgment (2017-2019) on the necropolitics of the European Union and of its members States in their policies of rejection and repression of the people of migrants, the Permanent Peoples Tribunal (PPT) had further expressed its dramatic concern in front of what could only be qualified as an ‘ongoing genocide’, requiring a permanent, intensive political and juridical monitoring by the many, diversified though fragmented networks of solidarity.

END_OF_DOCUMENT_TOKEN_TO_BE_REPLACED

Support the Berlin Hearing of the Human Rights Tribunal 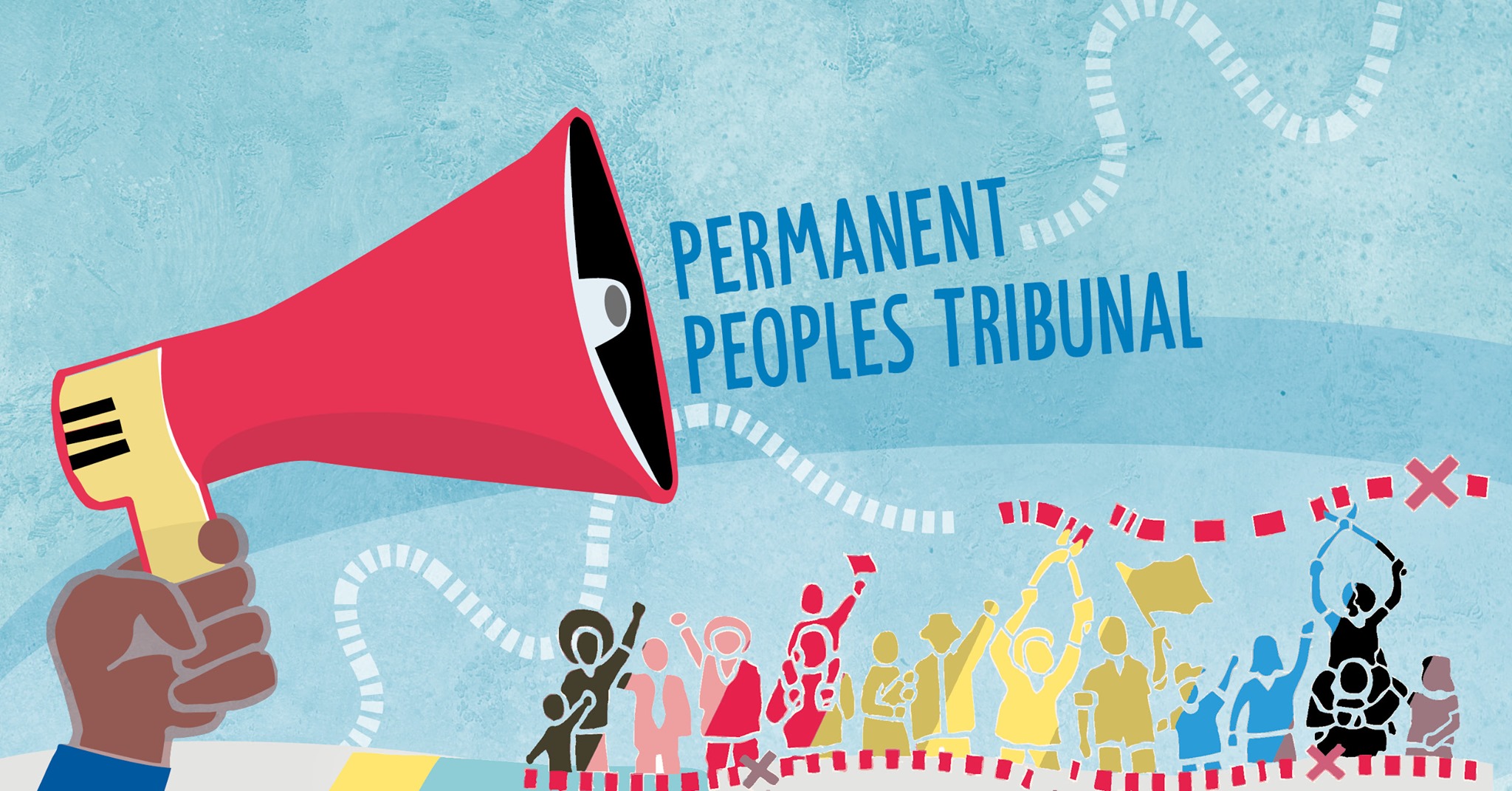 We are an alliance of various human rights and health organisations, migrant self-organisations and activists who work together to defend the rights of migrants and refugees. Together with the Transnational Migrant Platform Europe we are organising the Berlin hearing of the 45th session of the Permanent Peoples’ Tribunal.

Find out how you can support the hearing in Berlin at the 45th session of the human rights tribunal:

1. Sign our appeal to become a supporter of the tribunal

2. Come forward as a witness to the charges, if you have experienced violations of human rights

3. Donate for our project on betterplace.org and support the Human Rights Tribunal for #equalhealth4all!

4. Collect witness reports for our indictment

5. Become part of our alliance

6. Raise awareness for the hearing of the Human Rights Tribunal in Berlin

Please do not hesitate to contact us by e-mail if you need any further information or assistance!
E-Mail: ppt_berlin[at]riseup.net

Your support for the Human Right to Health Tribunal

We are an alliance of various human rights and health organisations, migrant self-organisations and activists who work together to defend the rights of migrants and refugees. Together with the Transnational Migrant Platform Europe we are organising the Berlin hearing of the 45th session of the Permanent Peoples‘ Tribunal. The Berlin hearing from 23-25 October 2020 addresses human rights violations in the area of health that migrants and refugees have experienced in Germany and/or in the context of the European asylum policy.